A night of burgeoning champions cooked off on March 11, 2017 at the Rosecroft Raceway in Fort Washington, MD.  Amateur boxing talent was the highlight of this event.  Washington Golden Gloves Semifinal brought out the DMVs best and brightest.

The results are as follows: 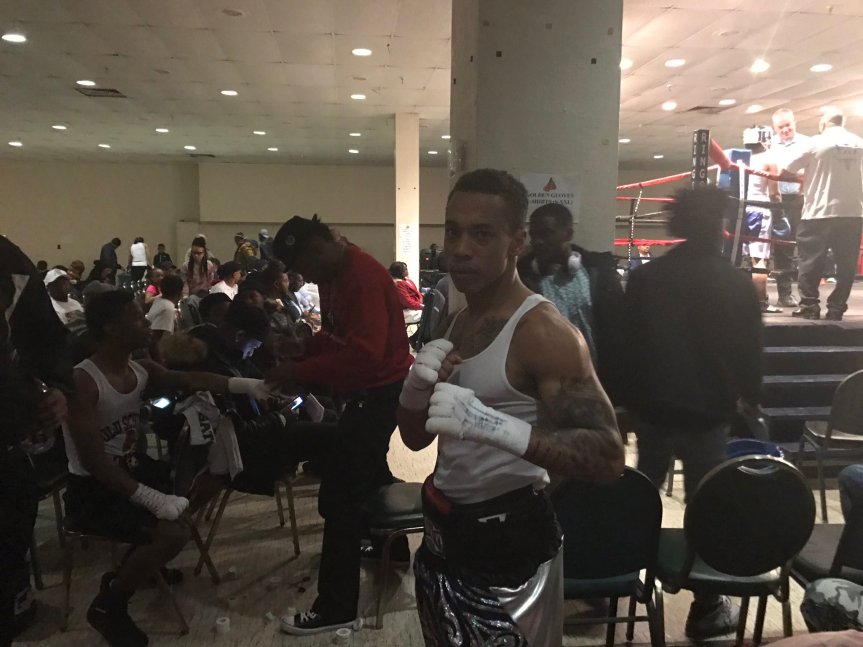 *Concepcion is thinking of switching to Southpaw in the near future

Destiny Day- Owens from Time to Grind Gym showed her medal against Ladasia Lewis, if Tony’s Gym. Ladasia would come off the bell with lightning speed, however she would lose her feet several times, resulting in 2 slips and 3 knockdowns. Owens, the sharper, crisper, more leveled fighter of the two advances to the semi- finals. The bout was called at 1:49 of the 3rd round.

The future of boxing:

In what could easily be called the fight of the night, Seung Moon of Sugar Ray Gym brought the Rosecroft crowd to their feet with explosive back and forth action, with opponent, Isaac Allen. The deliberate, face planting punches drew blood from both contenders, however, Moon’s caliber of fight prowess, far excelled those of his rival. Once the Southpaw, took the advice of his corner and ” let go of that right!”, the rest was history. Moon moves onto the Semi-finals next week.

Be on the lookout for these two names

Darnell Pittman of Knowledge Boxing and Quentin Stevens of Headbangers gym, beat the breaks off one another in a 3 round battle of wills. The action inside the ring stopped many in their tracks as eyes were glued to the two prospects. Quentin would begin by using his length and reach to distance the point spread, but not to be outdone, Darnell Pittman, relied on his steady hands, pinpoint delivery and overall better conditioning to close out the match. Stevens would receive an 8-count in the final round. We will see Pittman once again during the Golden Gloves semi- final performances.

Victor Williams of Raw Assassins stopped Salvador Jovel of Sugar Ray Gym. Williams would be checked out by a doctor, but was given the green-light to continue. Williams is making a name for himself as a Balboa type contender who doesn’t quit. 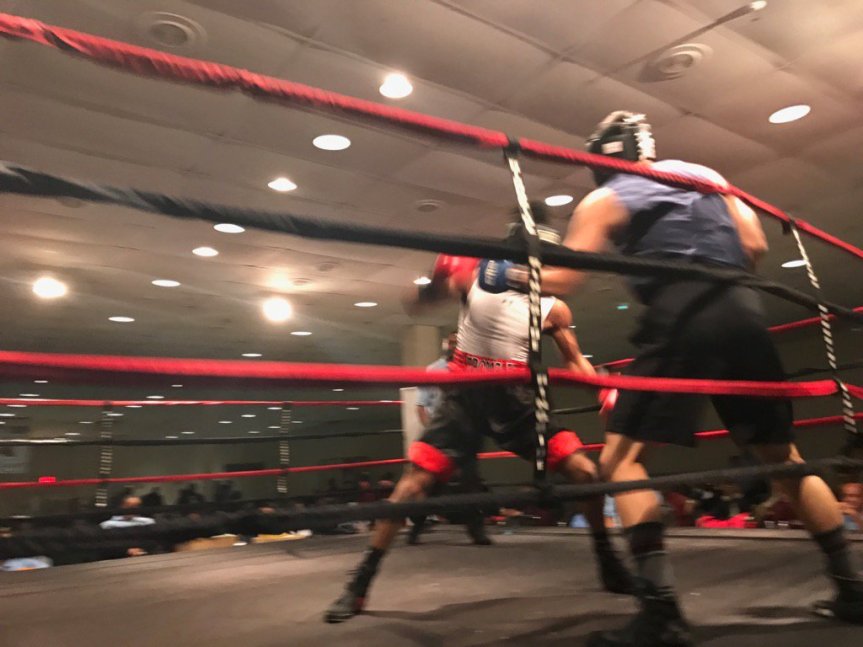 Elam Trombley of Headbangers beat out Leon Tsai for a chance at winning the 2017 Golden Gloves. Tsai would lead with straight jabs while Trombley would load his over-hand punches, resulting in better offensive measures. 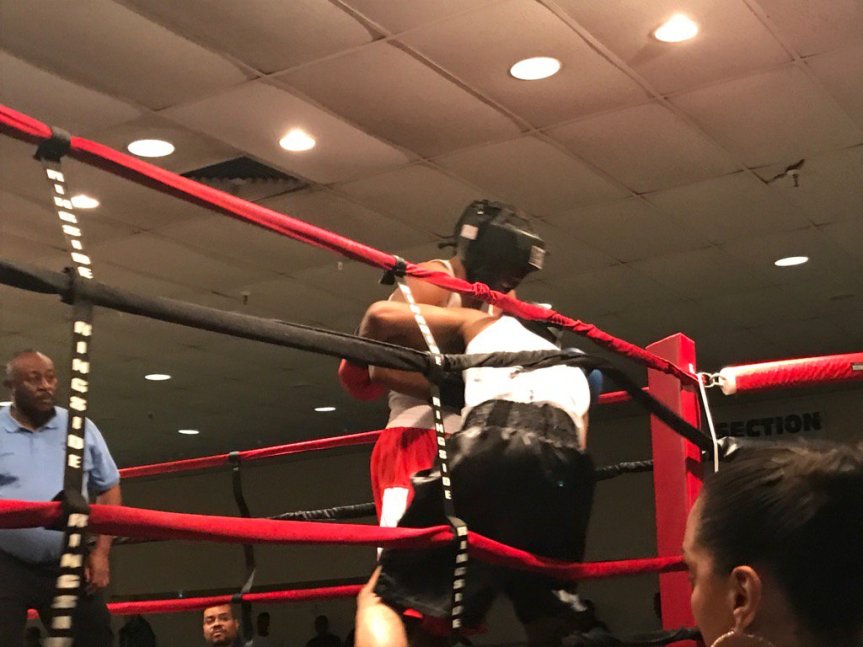 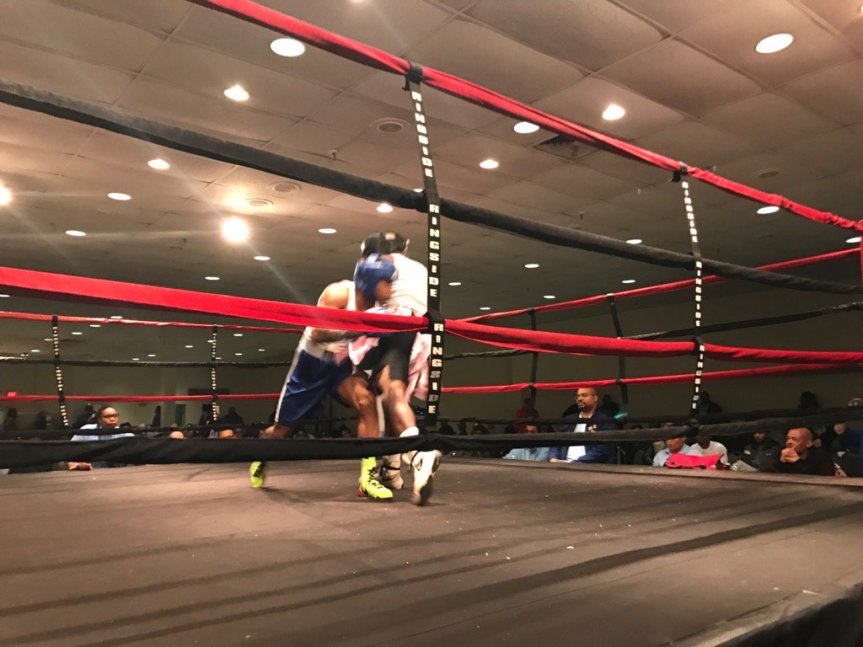