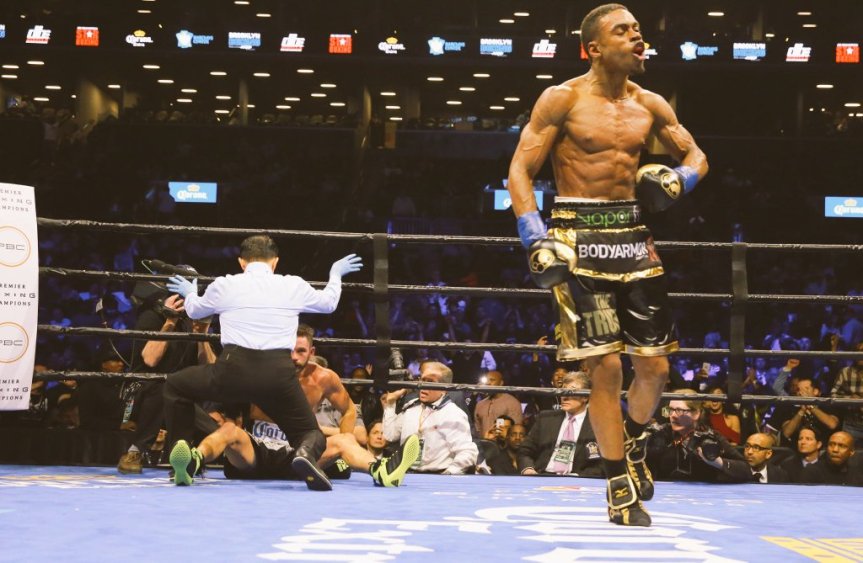 The Barclay Center plays host to its favorite son Chris Algieri (21-3, 8 KOs). However, the Barclay could not lift its favorite son over the vicious Spence.  Errol Spence ( 20-0, 17KOs) is coming after Kell Brook’s (36-0, 25KOs) IBF Title after a demolishing KO win against Chris Algieri. Spence stayed with the body shots forcing Algieri against the ropes, not giving him room to put up any defense. Algieri was dropped in the 4th by a over-hand left  and again in the 5th with a left hook, after wrestling Errol to the mat. Spence delivered Algieri’s 1st and 2nd knockdowns, of his career. In the end, “The Truth” left Algieri looking pallid, while sporting a volcanic colored mountain underneath his right eye. Errol Spence pulls forward with the KO win, just 48 seconds into the 5th round. 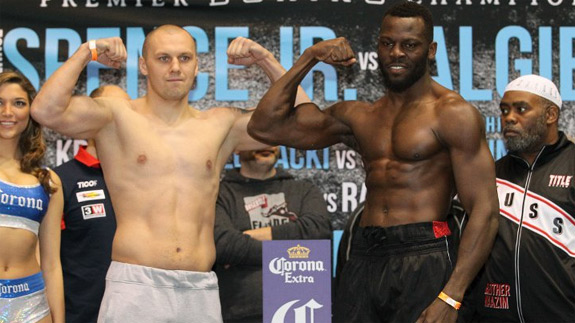 In his first title defense, Krzysztof Glowacki (26-0-0) remains Cruiser Weight champion in a blistering battle against Steve “USS” Cunningham (28-8-1KO). Glowacki maintained point distance in the early rounds, laying Cunningham down twice, within seconds of the 2nd round. It would seem moving down in weight, proved to be Cunningham’s Achilles heel. However, the tide would turn as the fight progressed, as Glowacki’s left, lost its luster. Cunningham would hit the mat for the 3rd and final time in the 12th. The scores were 116-108, 116-109×2 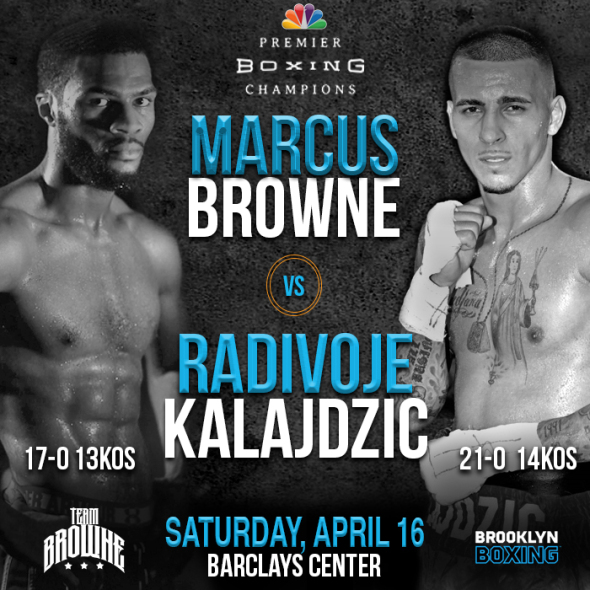 The lightweight Championship goes the distance, pressing the action for 8 entertaining rounds. Marcus Browne (18-0, 13 KOs) remains undefeated. After a slip, ultimately ruled a knockdown in the 1st, Radivoje Kalajdzic (21-1, 14KOs) was so off-put by the ruling, his fight game was severely effected. By the 4th round, Kalajdzic stunned Browne with a left, seriously hurting the undefeated Browne. In the 6th, Kalajdzic delivered the first knockdown, of the Olympic champs professional career, with the same ferocity used to hurt Browne, just a couple of rounds before. Browne finishes with his ‘O’ in place. Scores: 76-74 Browne, 76-74 Kalajdzic, and 75-74 Browne.