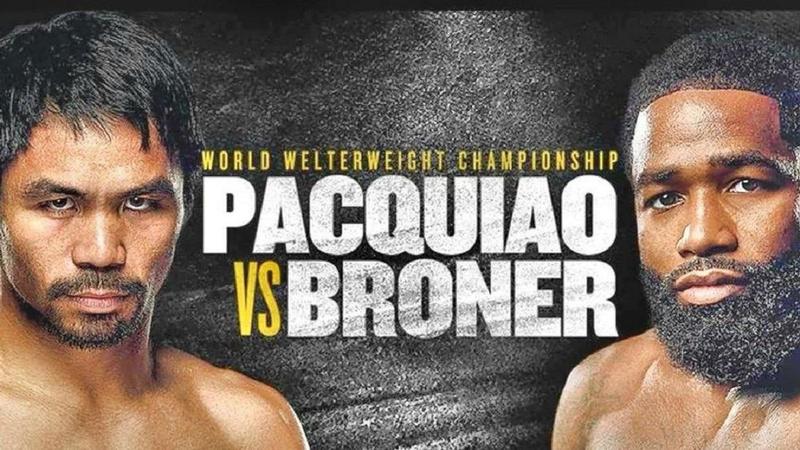 Eight-division champ, Manny Pacquiao (61-7-2, 39 KOs) proved age ain’t nothing but a number when he systematically eliminated Adrien “The Problem” Broner (33-4-1, 24KOs), retaining his WBA welterweight belt. Pac-man did not disappoint in his return, after a two-year hiatus from fighting within the states. The sellout crowd of 13,025 was left fully satisfied Saturday night, at the starting bell of what would be a make it or break it event for Adrien Broner.

The bout started with both fighters feeling one another out, Broner connected an uppercut to an unsuspecting Pacquiao. Pac-man returned the favor with a stiff jab and body-shots to close out the round. Round 2, Broner received a stiff warning after he delivered a forearm to Manny’s throat. Round 4 would be the most active for Broner when he countered with impressive back to back hooks. Broner ended the round on a high note keeping the counters solid, causing Pacquiao to miss combos and straight lefts.

By the 5th, Pacquiao picked up the action leading with lefts to the body, then moving upstairs to close out the round. The chase begins as Broner tried to duck and dive away from Pac-Man’s body assault. For the championship rounds, Broner’s defense rested on him escaping his opponent. When Pacquiao finally pin down Broner with solid jabs, the expended “Problem” resorted to landing below the belt.

Manny Pacquiao receives the decisive victory, however, never delivers the stoppage he most certainly sought tonight. Scores were: 117-111, and 116-112 x 2. After the fight,  Manny called out Mayweather for a rematch, but the “Money” man, dashed all hopes of that happening, with Leonard Ellerbe, CEO of Mayweather Promotions, saying “He” (Floyd) has nothing else to prove. I’m very happy for him. He’s retired. He has no interest in doing that. It’s not always about the money….what more can the man do?”

No one will remember the win. Tonight, the cavernous gape, spewing bright crimson from the center of Badou Jack’s attic, is all that will remain in the memories of onlookers to this most gruesome event. 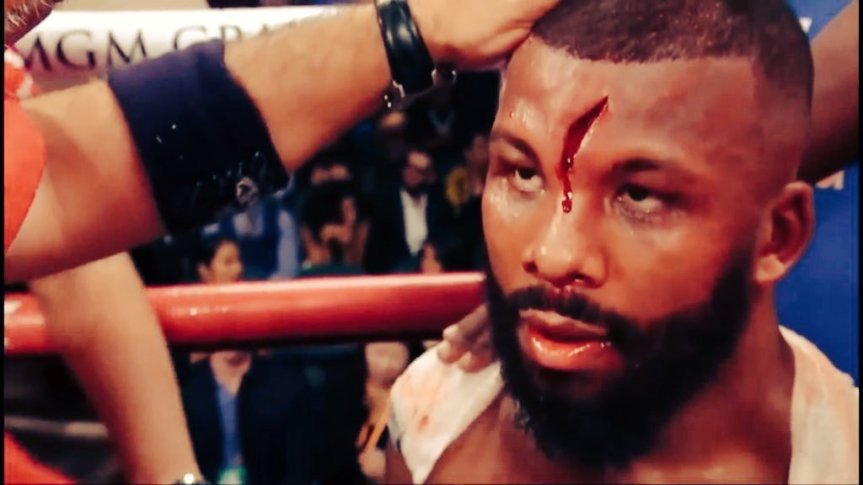 The emotions felt as bile rises in complete disgust as Jack’s corner seemingly disregards the internal tissue and muscle  beaming through the canyon now monopolizing his face. One must also not forget the role of the medics and referees. Tony Weeks, in his 698 fight (Boxrec), has stopped fights for much less. So the question is, were those additional 5 rounds worth the health and safety of Badou Jack?

The 2012 Olympian, Marcus Browne (23-0, 16KOs) remains undefeated, securing the WBC (Silver)  light heavyweight title against his Swedish born contemporary, Badou Jack (22-2-3, 13KOs). The bout started slow out the gate with both fighters filling each other out. Browne took advantage of some quick body work in short burst, but nothing spectacular. The middle rounds are more of the same, Jack dashes forward leaving himself open for Browne counters. By the 5th, the bodywork increases for both, with Browne pulling away pointwise as his body contact does the most damage. A clash of heads in the 7th would crack Badou’s middle forehead and become a distraction for the remainder of the fight. Browne would have a point deducted in the 8th round due to a hit after the bell.  Browne outscored and outboxed Jack from the beginning to the end of the fight. Scores were: 117-110, 116-111, and 119-108. After the bout, Jack wrote, “I would like to thank all of the fans for your support! The cut was a nasty one, but I’m fine now, alhamdulillah.”

History repeats itself for Nordine OuBaali (15-0, 11 KOs) as Oubaali extends his Olympic win to a professional title slaughter, over Rau’Shee Warren ( 16-3- 1 NC, 4KOs). Oubaali, 2x Olympian, led with straight penetrating jabs in rapid succession. He would not let his foot off the gas digging to Warren’s middle the entire fight. Warren spent most the fight waiting for an opportunity to set up his jab frustrating his corner and famed trainer Barry Hunter. Oubaali secured the WBC bantamweight title in his 1st US debut, with a unanimous decision win. Score were: 115-123, 116-112, and 117-111

In the nights opening bout, Hugo Ruiz ( 38-4, 31KOs) defeats Alberto Guevara ( 27-4, 12KOs) for the featherweight championship. It should also be noted, Guevara came in on short notice after Jhack Tepora came in overweight and was pulled off the card. Scores were: 100-89, and 99-90 x 2.

The DC Armory in Washington DC hosted Showtime Boxing. In a stunner, Badou “The Ripper” Jack (21-1-1, 12 KOs) retains his WBC Super Middleweight title against Lucian Bute (32-4, 25 KOs) with a majority draw. Jack would box effectively throughout the 12 rounds, landing his right at will to Bute’s head and body. The 1st round saw each fighter feeling the other out. Jack would begin to dictate the pace of the bout with an effective jab and crisp right. The Ripper’s perpetual motion threw off Bute’s timing. Probably thinking he was winning the fight easily, Jack coasted the last three round. Bute would capitalize by pressing the action and landing his left on a clearly tired Jack. The fight ended with Jack landing 61% of his power shots. Judge Stephen Rados scored the bout 117-111, Judges Glen Crocker and Omar Mintun Sr. both had it 114-114.  Jack will face DeGale in a Super Middleweight unification bout in the fall. On 05/26/2016, the WBC stated Bute tested positive for the banned susbtance enobosaram. The fight will probably be rulled a no contest.

After the fight, Jack stated, “I won the fight, but everybody saw it though so it’s all good. I feel I landed more punches than him. But everybody saw it though, so that’s what matters. He was very tough. I may have given away a couple of rounds, maybe the last one or two rounds or so but I won the fight clearly. Right now I’m just going to relax, go home and see my beautiful daughter, take some time off and be back in the fall with DeGale.”

IBF Super Middleweight Champion, “Chunky” James DeGale (23-1, 14 KOs) won a controversial unanimous decision over Rogelio “Porky” Medina (36-7, 30 KOs). Porky took the fight to DeGale pressuring the champ from the opening bell. DeGale would resort to posturing by sticking his tongue out which did not win over the DC crowd. ‘Porky’ would respond by spitting at DeGale. Medina would continue to press the action in the later rounds with strong body punches and left hooks. DeGale would counter Medina’s shots with crisp rights. The later rounds would see DeGale begin to show the effects of the body shots by staying on the ropes. Medina would capitalize with effective combinations to the head and body. In the end, a battered and bruised DeGale would get the unanimous decision win 115-113, 117-111 2x much to the dismay of the DC Armory crowd.

DeGale on his performance, “The boxing skills are too good.  If I’m being honest, he’s a very strong fighter, but skills pay the bills.  I watched this guy years ago and this guy didn’t have the engine like that.  He’s gotten better and stronger in the last year and a half.  I’m a bit disappointed – I should be taking out people like Porky Medina, no disrespect to him.”

Medina on DeGale, “I pressured him and came here to give a good fight and good performance. That’s what I came to do tonight. I don’t know what he came to do. He just came to run, and avoid going to war with me as much as possible. I don’t see how they can give the decision to someone that doesn’t want to fight.”

Chris Pearson (14-1, 10KOs) in convincing fashion, won a uniamous decision over Joshua Okine (28-7-1, 17 KOs). Pearson got off to a quick start stunning Okine in the 1st round with a stiff jab. In Round 2, Pearson would throw a vicious low blow which sent Okine to the mat and left every man present cringing. Okine would recover and pick up the pace in the later rounds but it was too little too late as Pearson takes the decision win 99-92.

In a Super Lightweight bout, Sharif “The Lion” Bogere (28-1, 19 KOs) dominated Samuel Akoako (21-10, 15 KOs). Bogere was the quicker of the two combatants landing effective combinations against the slower Akoako. “The Lion” would stalk his prey over 10 rounds, winning a unanimous decision. Scores 100-90 3x